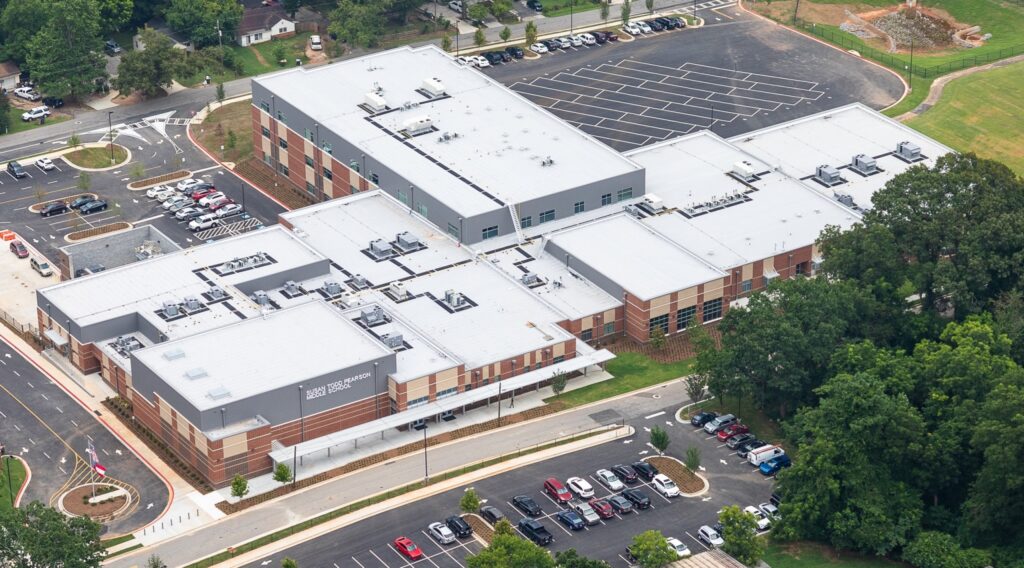 Life in the Fast Track Lane

One type of project that we have come to be known for over the course of our 25 years in business is what’s known as a fast-track project. A fast-track project is exactly what it sounds like: it’s a job that has to be completed faster than usual. In construction, there’s a normal pace at which buildings are built and at which things operate. That pace is based on criteria such as a traditional, 40-hour work-week, the project workload, and available crews and resources. While the required overtime does have a cost, and these projects do tend to cost more, the reality is that it requires additional planning to make sure everything goes according to plan.

For example, a fast-track project might demand a second project manager or other personnel to manage the goings-on. This person, or people, are solely responsible for material tracking, ordering, and expediting. According to our Director of Preconstruction, Hunter Letts, “You’re often using more than one crew and working in more than one space at a time.” Instead of one concrete crew, you have two that are working at two places at once. If it’s a steel building, you’d have two steel erection crews. Another critical point that Hunter makes is the actual flow of the project. “Instead of starting a flow of a building from left to right, you might have one crew start on the left and one on the right, and the two meet in the middle making the project go nearly twice as fast,” he explains.

Schools often fall into the fast-track column since when working on educational facilities, the goal is to bring as little disruption to the school day as possible. That more than likely means a lot of planning happens during the school year, so a project can break ground as soon as summer break starts.

This fall, we opened a total of three new middle schools, each with a different project schedule.

Crabapple Middle School in Fulton County took 24 months to build, which is a typical pace for a brand new middle school building that also happened to have included a complex site. Hendricks Middle in Forsyth County took 18 months which is a little faster than Crabapple but still not necessarily considered fast track. On the other hand, Pearson Middle School in Cobb County is a great example of a fast-track project. Pearson Middle School was another brand-new, ground-up facility but also included the demolition of the existing school. “We were able to do it in half as much time because we essentially built two halves of two buildings at the same time,” says Hunter. Twice as much supervision made sure the two halves became synonymous. In total, there were four supervisors, in varying roles on this job.

When asked why this is considered Evergreen Construction’s specialty, Hunter says that it comes down to that out-of-the-box thinking that we pride ourselves on. “We really thrive in an environment that requires a little more creativity and is more cerebral. It’s really fun to do projects like this.”